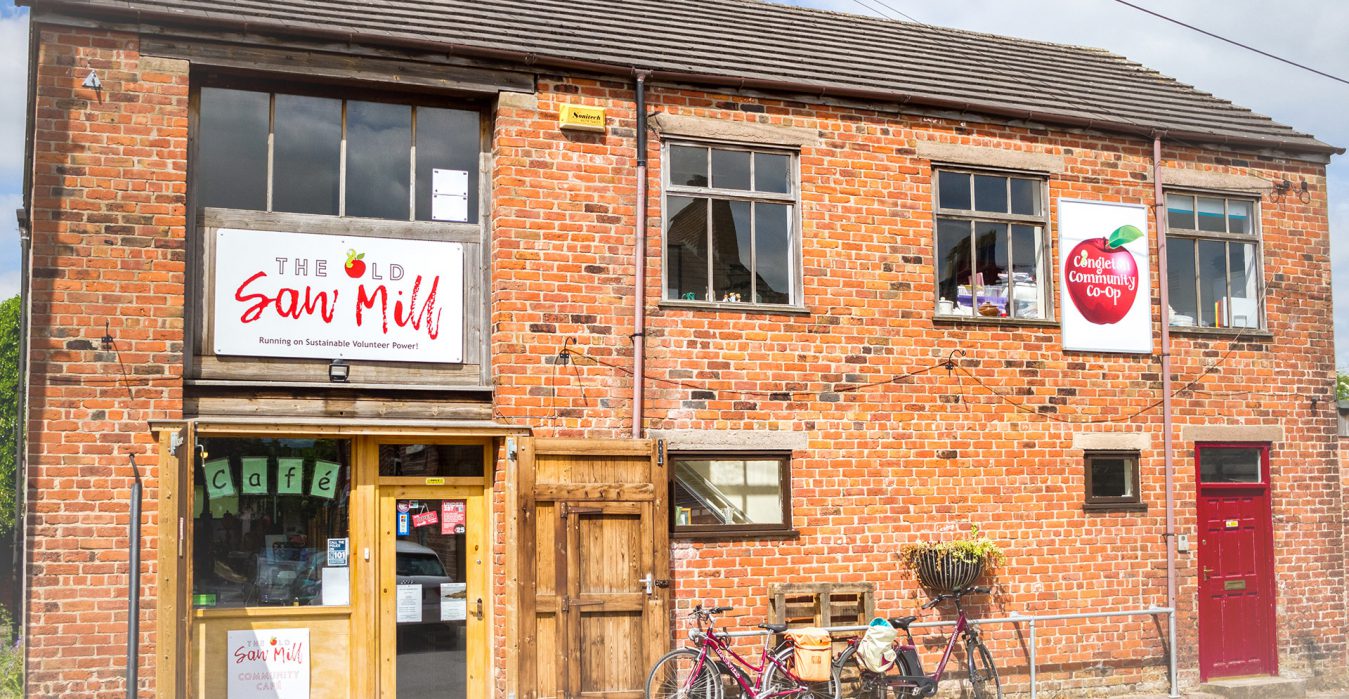 At the Heart of the Community!

Welcome to The Old Saw Mill! A Connected Community Centre, based on Back River Street in Congleton, headed by volunteer Directors, managed by a small team of staff with the help of volunteers for the benefit of the community.

Our facilities include a cafe, outside seating area and rooms for hire.

Find out more
scroll Down

We are thrilled to announce that The Old Saw mill has been awarded ‘Level 5 Outstanding’ in the It’s Your Neighbourhood category of RHS North West in Bloom. This is the highest award achievable.

Many happy hours were spent by our volunteer gardeners, Diana and Helen, to bring the garden back into order following Lockdown and to prepare it for Judging day. Many other volunteers gave their time when called on for specific jobs, plants were donated and extra watering duties were taken on to keep it all alive during the heatwave.

The judging also took into consideration all other aspects of the Saw Mill community, its people and its projects Thank you to all who contribute to this special place and helped us to achieve such a high standard.

The garden is a very peaceful space. Thank you for all the beautiful words written in our Garden Comments book from appreciative customers, volunteers and staff.

If you haven’t stepped into this space recently, please make sure to take a peek on your next visit. Once the warm weather returns in the Spring it will be open for customers to sit and relax and enjoy our secret corner of nature.

As the title of the category says It’s YOUR neighbourhood, we look forward to sharing it with you.

Regarded as one of Ealing Studio’s finest movies, released in 1949, Kind Hearts and Coronets will be November’s film of choice for John’s Classic Movie Night at the Mill. The first British film to be shown in this series of movies @ the mill.  Find a brief outline of the film below.

The next classic movie night at the Mill will take place on Friday 25th November and booking is essential! Please ring the Old Saw Mill on 01260 277658 if you’d like to come. Doors will open at 5.30 pm. The excellent pie supper (veggie option available) – now with mashed potatoes! – is served at 6.00 pm followed by my brief introduction to the film and then the showing of the movie. Cost is £10 for non-members of the OSM and £8 for members.

Kind Hearts and Coronets is chiefly remembered for Alec Guinness’ playing of all 8 members of the D’Ascoyne family, including Lady Agatha! It’s a superlative series of character portrayals, for sure, but equally outstanding is Dennis Price as the embittered and smoothly calculating Louis Mazzini. Were that not enough, we have Valerie Hobson as the imperious, virtuous (but ultimately rather dull) Edith, and Joan Greenwood as the coquettish Sibella, delivering her lines in a honeyed purr that you feel could be spread on warm toast and eaten with your fingers!

Seen it before? So what? There’s no limit to the number of times that this film can be seen and savoured. And has a serial murderer’s story ever been so sympathetically told? An example of Black Comedy at its best, certainly, but Kind Hearts and Coronets doesn’t need defining by genre. It’s simply one of the finest British films ever made.

On Wednesday 23rd November 2022 The Old Saw Mill will be hosting a yuletide workshop led by craft demonstrator Joanne Chesterton. Have fun moulding and painting your own festive decorations out of sourdough.

Enjoy a delicious Old Saw Mill buffet lunch included in the price.  All you need to bring is a mixing bowl, a flat baking tray and your imagination. All other materials will be provided. The workshop runs from 11.00 am until 4 pm and costs £15 per person (£12 loyalty card holders)

Book early as spaces are limited. Suitable for ages 12 to 100.

We will be turning part of the Old Saw Mill café into Santa’s grotto on December 23rd from 2pm-5pm. We hope to create the magic of Christmas, with the help of Congleton Lions, by bringing Santa to the Saw Mill.
We are offering a simple sit down, take a selfie with Santa, have a warm drink under the twinkling fairy lights with a sweet treat and take home a present from Santa.
Entrance will cost £5 per child** this will include a drink of choice with a sweet treat, a photo with Santa and a small gift to take home. A drink for the adults accompanying will be free with the purchase of a child’s ticket.
*For families and groups that include more than 2 children, the price will be reduced to £3 per child after paying the full £5 for two children.
*There will also be an option to just sit and take a photograph with Santa for which we will only ask for donations, if you want to come but are worried about money during the Christmas period, please please contact us and we will see what we can do!
Christmas should be for everyone 😊