A team of like-minded, positive people who care deeply about The Old Saw Mill’s ethos, and the difference it makes to peoples lives. We’re friendly, helpful, and genuinely happy to be a part of something special… 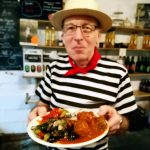 A proud Black Countryman by birth, Peter has been chair of Congleton Sustainability Group since its inception in 2009.  Having built cars and trains in his corporate career, the climate change impact of transport became ‘a bit of a thing’ leading to environmental campaigning.

With his life long involvement in various charities and local history, Peter has chaired Congleton History Society for more than 25 years.  A chance conversation about an empty building led to The Old Saw Mill to come into being and with it the opportunity to do something about the tremendous challenges that the social care system faces.

Classic cars, driving around the UK and Europe each summer with his wife, Linda ‘on the maps’, playing with his two grandchildren, cooking and acting the goat at The Old Saw Mill events completes the picture!

A Congletonian of 30 years but hailing from North Wales.

Having retired from a lifetime of implementing ICT systems, it occurred to Dewi that he should find something to fill his spare time and during a chance meeting with Peter Aston, he arrived at The Old Saw Mill with a view to helping with the apple processing.

Several years later, Dewi is not only still making thousands of bottles of juice each year, he’s transferred his counting skills and taken on the role of Treasurer!

Thankfully retirement has allowed Dewi to spend more time in his garden and greenhouse and in terms of other pastimes, he walks Freddie, his canine friend, every day.

As for sport, Dewi supports Wales rugby and football, standard! and Everton, oh well never mind, two out of three!! 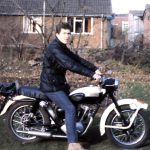 Retired after over 40 years in education having been a maths teacher, headteacher, adviser and inspector. Peter, enjoys helping out, having started volunteering laying the stone floor in the cafe and the concrete floor in the apple processing room.  Peter now uses his DIY skills to help with day to day maintenance and making The Old Saw Mill’s apple produce.

In his spare time, Peter is an Ipswich Town fan and attends all of Leicester Tigers’ home games. Peter enjoys, keeping his greenhouses, garden and hens productive which takes up most of his spare time when he’s not at The Old Saw Mill.  Peter also enjoys looking after his grandchildren and walking in the hills. 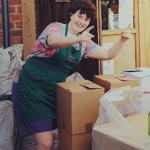 Through a school work experience placement, Charla was introduced to The Old Saw Mill and has been part of the fixture and fittings ever since the “dark days” when there weren’t any fixtures or fittings nor windows and doors!

As the odd job kid mostly making drinks for the workers renovating the building, Charla was soon offered a summer holiday job where she mastered front of house duties and food prep #nailedit.  Once heard, never forgotten, Charla is often singing along to tunes on the radio and keeps us entertained.

When Charla’s not at The Old Saw Mill, she likes to draw anime and cartoons and loves horse riding.  But none of the at home stuff happens without one or both of her cats staring at her.  A ginger short-hair called Minnie, and a black patchworks long-hair, called Suki.

Born in Russia, Marina has been living in Congleton for 7 years and started as a volunteer here at The Old Saw Mill helping out in the cafe. Her daughter started primary school in 2017 and at that time there was a vacancy for a part time Cafe Assistant, Marina applied and she got the job!

Marina enjoys meditation, dancing to all genres of music and regularly takes part in exercise classes at the local leisure centre.

In 2011, Marina experienced the magnificent beauty of the Caucasus Mountains over a ten day period with her husband and with a map and compass in hand they climbed 2,200 metres and walked a distance of 100 kilometres.